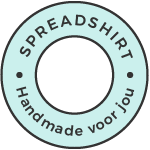 Designer
Aquaman
Verenigd Koninkrijk
The film reveals the origin story of half-human, half-Atlantean Arthur Curry and takes him on the journey of his lifetime—one that will not only force him to face who he really is, but to discover if he is worthy of who he was born to be... a king. Find your new favourite T-Shirt from the King of the Seven Seas!
Verder lezen
Design
Aquaman Film Aquaman Sea King
Probleem met rechten of het ‘kinderslot’? Ontwerp melden
Aquaman and his half-brother Orm, the Ocean Master, are fighting for the Kingdom of Atlantis, to the chanting of the inhabitants of Atlantis. An official licensed product from the Aquaman collection.
Tags: Aquaman Film 2018, Patrick Wilson, Official License, Movie, Jason Momoa, Ocean Master, Superheroes, #officialbrands, Film, Atlantis, DC Comics, Merchandise